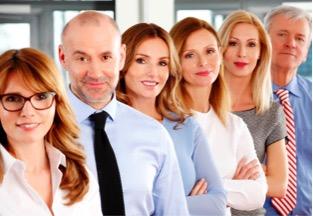 The STORY:
“I just don’t understand,” said Andy, “you always seem to have referrals to work from. Where do you get them?”

Nick was standing next to his desk. He picked his briefcase up off the desktop and paused, looking at Andy. “Well, some come from customers, others come from prospects... a few here, a few there, it adds up.”

“That’s what I don’t understand. Here I am, most of the time calling on prospects. I mean last week, our sales manager could not believe that I spent close to 35 hours prospecting.”

Nick sat down holding his briefcase on his lap. “Sounds like that’s all you did last week.”

“Well the Simmons account re-ordered. Fortunately, I didn’t have to spend any time with them. There were a couple of other orders. Nothing to retire on, but they cover the basics.”

“How many customers are you working?” asked Nick.

“Last time I looked, there were about a steady 40 to 50 that don’t need much. You know. The occasional, ‘How’s it going?’ Let them know I care routine. Why?”

“Don’t know if this would work for you or not. But why don’t you ask your existing customers for referrals?”

“Been there, done that, two years ago. Half of them couldn’t think of anyone and the rest, I think, got the referral names out of a phone book.”

“Three wasted weeks. Then I went back to what I’m doing now. Hey, it works. Where you headed to?”

“One of my customers set up an appointment for me with his attorney. My customer thought she’d be able to use our service.”

“Set up an appointment?” asked Andy. “What did you have to do, sell at cost for the next five years?”

“No... just make sure that everything we deliver is working and that it keeps working. I don’t know, you get to talking, and one thing leads to another.”

“Hey,” said Andy, “Don’t let me keep you from your freebie appointment. You’re just lucky you get such good customers.”

The RESULT:
Nick asks for and receives referrals. As a result, he can spend more time with existing customers since that’s where he does his initial prospecting.

Spend 80% of your time with existing customers, and, as a result, when you ask for referrals, you will already have pre-qualified referrals to call on. Now spend the remaining 20% of your time with the prospects. Always ask these prospects for a referral. While most often you won’t get one, about a quarter of the time you will.

APPROACH:
Here are three behaviors that if committed to, will yield success: