Tactic #43: Meet them standing up. 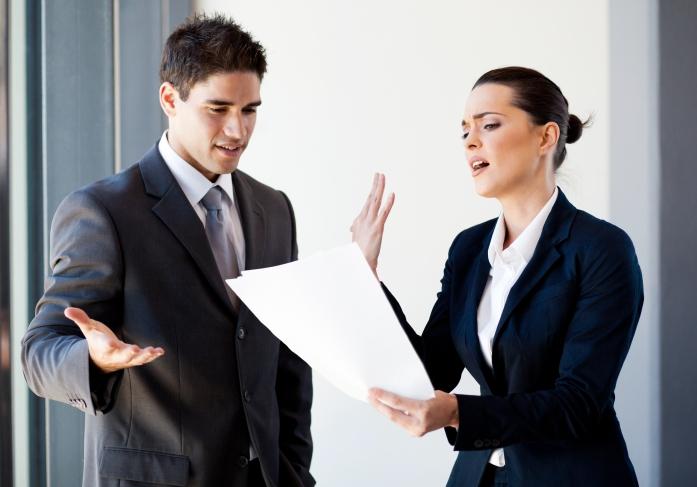 The STORY:
“Melinda,” asked Nick one Thursday, “what’s your secret?”

“My secret?” she asked in return.  In the past month, Melinda had been promoted to regional sales director and was now in charge of 31 salespeople in seven states.  Nick could not help but remember meetings with the previous regional director.  Every meeting had been an eternity with boredom as the only result.

“Yeah.  How do you fit three times more meetings into an hour than anyone else?  And before you answer that, everyone who has had a meeting with you feels that you really listened.  No one is walking around saying you just pushed him out the door.  How do you do it?”

“Well, I think I figured out a possible reason.”

“You hardly ever meet people sitting down.  Someone comes into the office and you immediately get up and walk toward him.  The whole time the person is in the office, you’re standing.”

“I hadn’t realized that,” responded Melinda.

“Just to see if it works, I started doing the same thing three days ago.  Instead of having the usual chit-chat, people seem to get to the point a lot quicker.”

“Now that you mention it,” responded Melinda, “I’ve actually had people say things like ‘You must be real busy so let me get to the point’ when I get up and walk toward them.”

“Funny you should mention that.  This morning, instead of sitting when Greg came in for his usual morning chat about how horrible his commute is, I got up as he walked through the door.  His comment was ‘I guess Melinda’s keeping you busy; catch you later.’”


The RESULT:
Melinda sees a great many people during her “drop in” hours.  Everyone who drops-in has the perception that Melinda is accessible and that though the time spent with her is brief, things get accomplished.  In fact, when Melinda asks someone to meet with her, the person looks forward to it, simply because no time will be wasted.


DISCUSSION:
The largest time wasters in any business are those 10 drop-in visits from fellow employees, outside suppliers, and other salespeople.  Only about five minutes, at most, of this time is useful for business purposes.  The rest is socializing.  There is nothing wrong with this.  The problem occurs when you have multiple drop-in visits every day.  By the end of the week you can easily lose hours to socializing.  If you see nothing wrong with this, then continue.  If you want to recapture this time for business purposes, then consider changing your meeting posture.


APPROACH:
The biggest initial problem with standing up while meeting with people is that if you have been a “sit down” person in the past, it will take awhile for people to get used to the “new” you.

People will come in and head straight for the chair, regardless of whether you are standing or not.  They do this because they are trained from past encounters.  You have to break their training.

The simplest solution to keep them from sitting is to create a large pile of books and papers on the chairs.  When they realize they can’t sit, say “Bill, what can I do for you.  You can see I’m piled up.  Let’s stand and talk.”  Don’t say you’re busy.  If you do, people will hear that you have no time for them, and you will develop a reputation as being inaccessible.

After five or six meetings like this, you will have retrained the person to meet standing up.  Stand up meetings are, 99 percent of the time, short and to-the-point.  The best part is that people will enjoy meeting with you because you don’t waste their time.

If you want to keep a meeting short with other people in their work space, and if they are sitting down when you arrive, sit for about a minute and then stand up as you continue with the conversation.  Within a minute or two, the other person will cut to the essence of why you are there.  Be warned:  If you sit down again after standing, you will double the length of the meeting.


THOUGHT:
Be a stand-up person and get things done.