Tactic #47: I can always call the other office. 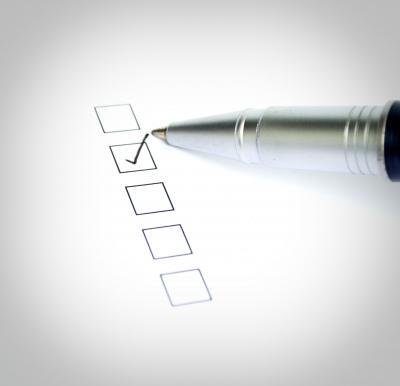 With no other salespeople in the east coast sales office, Greg was about ready to tear his desk apart. In fact, at this point, most of the contents of his desk had been rifled through at least three times. One drawer, stuffed with the equivalent of four drawers worth of files, now dangerously hung open, threatening to fall and crash through the floor.

Greg could not find his prospect contact list in the Contact database and was resorting to rifling around for a paper version he had printed three days ago. “Where,” he muttered darkly, “is that stupid contact form for new prospects? Nothing is ever where it is supposed to be.”

Just then he realized that it was not too late to call the Mid-West sales office. They should still be there, he thought; all I have to do is find the number.

A few minutes later, after finding the number in the database, he spoke with Tony in Chicago.

Fifteen minutes later, after a great conversation with Tony, he retrieved the emailed contact form and, given the hour, decided to head home.

The next regional sales meeting was in Chicago, and Greg couldn’t wait until he and Tony got together. Great guy, thought Greg. Always comes through when you need him.

None of this had to happen.

Everyone knows two “truths” about organization. First, anyone can create for staying organized if he finds the few minutes he needs to do it. Second, actually creating one and using it is certainly not the responsibility of the salesperson. That’s what the sales assistant or secretary does.

Of course, the consistently high-performing salesperson knows that both of these “truths” aren’t true. He has an organization system, and he uses it daily. Rarely is he without what he needs and when he needs something he doesn’t have, he is never without it again.

So why does he have one? He isn’t concerned with “who is supposed to do it” but rather he is concerned with having it to make sure that business can be done without delay.

You don’t have to have the most sophisticated database or contact management system.

What you do need to do, first, is decide what place you perform tasks. Certain tasks are done at the office, others in the car, others at the customer’s location, some at home and so on. Write down the place and leave plenty of room under each place. This list may extend over a few pages.

Now write under each place the tasks you do in the place. Leave space between each of these.

Under each task, write down what you need to do the task. This may include pieces of equipment, forms, phone numbers, and so on. Yes, there will be duplication under many tasks, but write them down anyway.

Now go back and next to every task under a place, rank the tasks from most important to least important.

You have just created a filing system for each place. Each place must have the items listed under the tasks for you to successfully function.

Your task is now to get the items to the places you specified so that you can accomplish the tasks you listed. Make sure that those tasks ranked between one and five are completed first.

That’s all there is to creating a useful and powerful organization system.

A salesperson without a thought-out organization system is a salesperson who will consistently be below the half-way point on the sales chart.