Tactic #28: Adapt or go out of business. 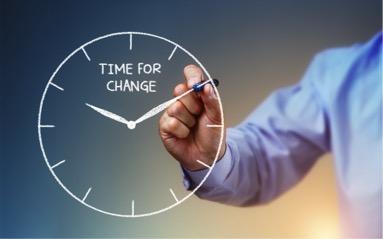 The STORY:
“This is the greatest business in the world,” remarked Ed, looking out the window toward the highway.  With a chuckle he continued, “We sell a product that everyone in business needs, everyone in business is convinced that they need it, whether they do or don’t, and it’s so technical, they are dependent on us.”

Bob shook his head in disagreement.  “I don’t want to burst the bubble, Ed, but what we’re selling is just like what telephones used to be.”

“There’s no comparison,” responded Ed in a peeved voice.  Ed didn’t like being disagreed with, especially when it came from a salesperson.

“Sure there is,” went on Bob, not caring how Ed felt since Bob was planning on leaving in four weeks.  “Used to be you could only rent a phone from Ma Bell, and if they felt like it, they gave you a choice between a standard phone and a princess phone.  Then, because of the mystery surrounding the wiring, they were the only ones in the world who could run phone cable.  You wanted a longer cord?  Fill out a form in triplicate, pay through the nose, then an installer came and put it in for you.  You couldn’t even buy phone cable back then.”

“So, Ma Bell went the way of the dinosaurs; big deal, that will never happen to us.”

“It’s already happening to us.  Ten years ago there was only one company in the world for computers, IBM.  Now there are 50 of them.  Ten years from now, there will be thousands of them.  Bet they’ll have phones that will fit into your shirt pocket by then.”

“Sure, and turtles will grow wings and fly.  Look, Bob,” said Ed, “just keep the prospects mystified enough and watch them fall down in front of you when you make the box perform.  That’s the secret; keep them wondering how you do it, and they’ll always come back for more.”

“I don’t know about that; some of my customers and the recent prospects seem pretty knowledgeable lately.”
“They know how to say the words, nothing more.”


The RESULT:
It’s 10 years later, and Ed is managing a stationery store in town.  Ten years ago, Bob saw that portable phones were something business people would need.  Every last customer that Bob had then, except those who have died or moved away, is now one of his cellular phone customers.  The computer store?  It went out of business seven years ago.


DISCUSSION:
One of the major automobile manufacturers in this country has been notifying its dealers that if they continue to do business as they have in the past, the dealers will not survive the next 10 years.  The choice is simple; start changing the way of doing business, or cease to exist.  The manufacturer will help them change.  All they have to do is make a decision to change or not change.  The rest will be history.

You may have heard the phrase, “Nothing lasts forever.”  Not only is it true, it’s painfully true with salespeople.  Many salespeople can only see to the end of the month.  Did I make my quota?  Did I make enough to keep the sales manager off my back?

How many salespeople look upon their relationship with their customers as one that should endure regardless of what product is being sold?  Doesn’t it make sense to look at your customer base and prospect base as one that you will sell to over your lifetime?  When you perceive them in this light, it is amazing how different a view you develop.

If you don’t develop this lifetime view, what happens to you when the company you are currently working for is sold, goes out of business or you leave?  Statistically, it will happen to you every five to seven years.  Do you want to start from zero once more and begin developing another customer base?

However, consider that Bill knows you as the widget guy.  When you show up as the advertising guy, you will have to help him shift gears.  While he may have a real need for Zebra Stripe Advertising, initially it will be difficult for him to see you filling that need.  Help him out.  Don’t wimp out and immediately go for a referral.
Sit back and picture each customer you currently have.  Picture the customer, not the company he works for.  The reason for that is that person will also statistically be moving to a new company every five to seven years.  Your lifetime business relationship is with that person, not with that company.


THOUGHT:
Customers are yours for your lifetime if you can adapt to taking the long view.