Sales Tactic #50: I forgot my calendar. 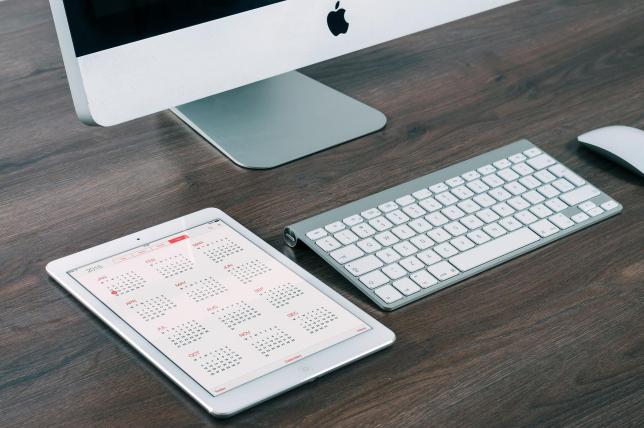 The STORY:
“OK, people!” yelled Mike, the regional sales director, over the noise of 21 salespeople chattering away. “We’re going to start now . . . Hey! Let’s cut the yakking and get on with it.”

Mary Beth, one of the salespeople with three years in the company called back, “Mike, I was ready 30 minutes ago. Do you really mean it this time?”

A couple of others laughed as Mike smiled and responded, “Yes, this time I really mean it.”

“Say . . . Mike,” said Mark, sitting two rows from the front, “I understand the mid-west office kicked our butts in sales last month. Tell me it ain’t so.”

“Yes, they did.” This was greeted with hoots from most. “I’m glad you brought that up. I wasn’t going to talk about that now, but since you mention it . . .”

Mike had had their attention for about 15 minutes when he noticed Mary Beth starting a side conversation with Steve. He was about to say something to them when Nick spoke up.

“That’s fine, Mike, but it isn’t our fault the weather turned crappy the last two weeks. Hell, you can’t get anywhere on the roads.”

“Yeah, I know,” responded Mike, “it even takes me an extra 10 minutes now every morning. I think there is another storm coming at the end of the week.”

This was met with a chorus of groans from those paying attention. To no one in particular, Nick added, “In case anyone wants to know, that tire company account of mine is selling high-priced radials real cheap. Mention you work here, and they knock off another 25 percent.”

“All right, Nick,” came a voice from the back.

At that point, Mike heard five or six people simultaneously say, “I forgot my calendar. Let me call when I have it to see if there’s a conflict.”

The RESULT:
Just about everyone present will do his best to ensure that when the next meeting actually takes place, they will have a good excuse not to be there. “I’ve got a client meeting” . . . “That’s the day I’m off to attend the conference” . . . “That’s a personal day for me” . . . and so on.

DISCUSSION:
Without an agenda that everyone is focused on, meetings turn into social gatherings. If that is the purpose of the meeting, fine. However, it rarely is.

Mike has tried mightily to get this meeting on-track, yet it keeps getting derailed. Why?

The first reason is simple. Mike is not acknowledged as the person who runs the meeting. All the participants feel that they have a right to start and direct any conversation about any topic.

The second reason is there is no written agenda that everyone focuses on. Without a group focus, all the people bring up whatever they want. The result is that the meeting continually breaks down into side discussions regardless of what the “token” meeting leader says or does.

The third reason is most detrimental to Mike’s efforts. “His meetings always turn out like this.” As a result, the expectation of those attending is that this one will be just like the last one. Thus people attend the meeting having already decided how they will act. They will act just like they did last time.

APPROACH:
If this is the “meeting” situation that needs to be corrected, the steps are simple to understand. The difficulty in correction has to do with people’s past perceptions. A written agenda can be created. Everyone can be told this agenda will be followed. And then the group has to be retrained to new meeting behavior.

This retraining is not simply telling people to act differently. They won’t. By staying with the agenda and cutting off side discussions the moment they start, you have a productive meeting. However, this first productive meeting will be considered by everyone, at the conclusion, to have been really awful. Why? They could not act like they had in the past.

They had to change their behavior.

Understand that the second and third meetings must also be led with an agenda. Any backsliding to the old format will only demonstrate you weren’t serious about having a business meeting—that you were only kidding around.

THOUGHT:
If someone doesn’t have his calendar at the conclusion of the meeting, then you have just been told your meeting was a waste of time.