Tactic #52: Know what you changed.

The STORY:
“I don’t understand why we aren’t selling more vehicles with the no-negotiate, one-price stickers,” said a very frustrated 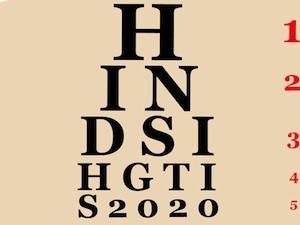 Jim, owner of the dealership.  “Look at these,” pointing to the sales figures for the past year by salesperson compared to the previous year, “an increase of, at most, two vehicles.  I expected to see at least a 25% increase.”  Jim sat back in his chair holding the sales figure sheet, staring at the numbers.

“Why,” I remember asking, “did you expect an increase in sales?”

Jim stared at me as if I had lost my mind.  “Just look,” he responded, rifling through additional computer printout sheets, “here it is.  Here, the surveys all indicate that everyone hates negotiating the price, the customers and the salespeople.  Look, year after year.”

He handed me the printouts.  Sure enough, every year, for every salesperson, the survey showed precisely what Jim stated.  “So,” I said, still staring at the printouts, “what do the surveys say since you’ve been using no-negotiate, one-price stickers?”

“It’s on this one.  See, customers and salespeople both show that the dissatisfaction over pricing is, for all practical concerns, gone.  That problem is solved.  That’s great.  Why haven’t sales climbed like we all thought they would?”

“You might think this is a dumb question, but what did you do that would lead you to think sales would increase?”  I remember the look of anger then confusion that flashed over his face.

“We did the no-negotiate, one-price,” he stated, somewhat unsure of where I was heading.

“Look,” I said, “pretend I’m Joe Car Buyer.  Let’s say I never bought anything here, but over the years whenever I thought about buying, I stopped in.  Would it be fair to say that my quick impression of the salespeople is that they are like salespeople in other dealerships?”

“I’d like to think they are better, but okay, so what?”

“Well, now I hear you have no-negotiate, one-price stickers.  What do I think when I hear that?”

He grinned after a few seconds.  “That it’s just another gimmick to get you in the door . . . so why do I suddenly expect more people to come through the door?”

“And if I think it’s a gimmick and I come in anyway, what do you think I’m going to do when it comes time for pricing?  I won’t know you are really serious about the one-price until I agree to buy it.”

The RESULT:
Jim changed a selling step and thought he had created a prospecting tool.

DISCUSSION:
I think there is something called the “Law of Unintended Consequences.”  You change one thing and find out further down the road that the one change affected something you never thought it would.  This is partly the reason why so many salespeople are loathe to change anything.

You see this type of lock-step when there is a certain pen that has to be used to sign a contract.  Or the only day of the week to do presentations is Wednesday.  If what I did worked yesterday, why change it today?

A lot of the resistance to change is also because a salesperson has reached a comfort zone.  In essence, if he keeps working the same way as he has in the past, and the marketplace stays relatively the same, he can be assured of a certain standard of living.

Then you take the plunge and change something.  The only problem is that it doesn’t create the change you thought it would.  Does this necessarily mean the change was bad?  Probably not.

In the story, Jim fervently believed that the world would beat a path to his door because of his pricing policy.  When the path wasn’t beaten, he was ready to dump the pricing policy and go back to the previous method.  That would have been a mistake since the new pricing policy actually did solve a long-standing problem.

APPROACH:
Hindsight is notorious for being correct.   But even so, there is nothing wrong with it if you use it.  If Jim had not sat and talked, he might well have made a decision to reverse something that did solve a problem.

It also is of tremendous help to have written down why a change was being made back when it was made.  If it isn’t written down, you will not remember what the reasoning was.  You think you will, but you won’t.  What’s worse, you will convince yourself you are right.

Jim was absolutely convinced he made the no-negotiate, one-price sticker decision to increase sales.  He didn’t.  He hoped it would increase sales, but that was not why he made it.  There is a huge difference between hoping and knowing.

THOUGHT:
If the change you made doesn’t work out, sit down and make sure that you really changed what you thought you did.  Almost always you will find that what was changed isn’t what you intended.