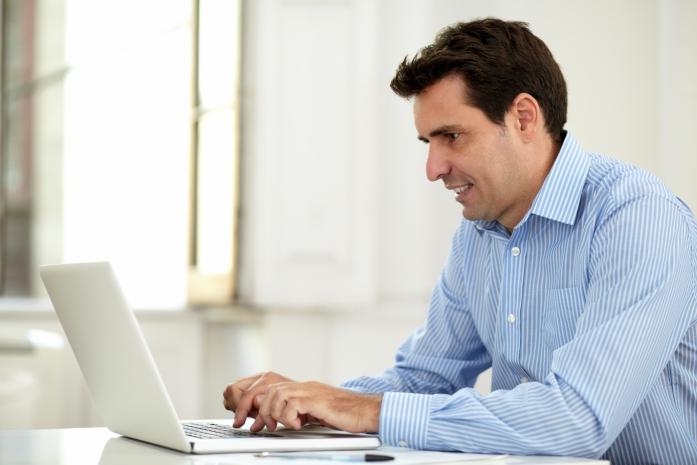 The STORY:
“Hello, this is Bob Hana.”

Melinda had gotten through to the president of The Hana Restaurant chain. Not bad she thought.

“This is Melinda from TBA Associates... “

“Doesn’t sound like you know me. I was afraid of that.”

“Understand. Happens a lot to me. This is kind of awkward for me... someone left this number . . .”

“Who were you trying to reach?”

“Not sure... I usually talk with the president of the company. Do you mind if I ask you one question?”

“If this doesn’t make any sense to you, you tell me it’s over and I’ll never call again.”

“Most of the folks I talk with are concerned about having their staff present a consistent picture of cleanliness to the public, is this a concern of yours?

“You probably already have a supplier for cleaning products . . .”

“Yes, and we are very happy with them.”

“Understand. I hear that a lot. Look, it sounds like it’s over for me. Before I hang up, just want to make sure... you’re telling me that you would never, ever consider cleaning products from me . . .”

“Well, maybe not never. Currently we have a contract with someone.”

“Understand. You probably will never have a need for a back-up supplier? Just in case . . .”

“I appreciate that. Would it be fair to say you’d only consider working with someone you know and trust?”

“If you were me, how would you suggest going about doing that.”

The RESULT:
Melinda now has an appointment. Instead of giving up by saying everything every other salesperson says in trying to get an appointment, “better price, better service, better quality,” she asked questions.

These questions got Bob thinking instead of just giving the standard salesperson brush-off statements.

DISCUSSION:
Despite what some folks may claim, selling is not a straight-forward, logical, step-by-step progression toward the close. Sometimes you may ask a question that on the surface, kind of makes sense.

The purpose of asking questions is to get the prospect out of his standard “here’s what I say to get rid of this salesperson.” Just like salespeople who have standard objection-to-meeting responses, prospects have also standardized their responses.

When Melinda asked the question, she broke the pattern the prospect was expecting. She could sense the prospect become momentarily perplexed. She didn’t rescue him but waited for him to respond. And then he did respond based on his picture of a future without his current supplier.

Melinda was invited in to solve a potential need and as such, the prospect sees Melinda as a problem solver, not as your typical salesperson.

What a pleasant situation to be in.

APPROACH:
Think about the first part of the question, “You’ll never buy . . .” You are stating to the prospect that he will never buy this product or service for the rest of the future. Which is ridiculous since you both know he is currently buying it from someone else.

Now make sure you pause before going on with the rest of the question.

The second part, “from me” puts you into the prospect’s future.

Consider this question from the prospect’s view. Obviously I need the product since I am currently buying it; now it’s just a question of from whom do I buy it. Will the folks I’ve been dealing with be around forever? So what do I say?

“I appreciate that. Understand. Before I hang up, would it make any sense to talk about having a back-up in case your current supplier has a problem?”

“Yes, it probably would.”

So now you have an appointment. If the answer had been “no,” then you probably wouldn’t make a sale at this business anytime soon. Best to find out now so you can move on.

THOUGHT:
Take your prospect all the way into the future, and put yourself in the future. Now find out your future.