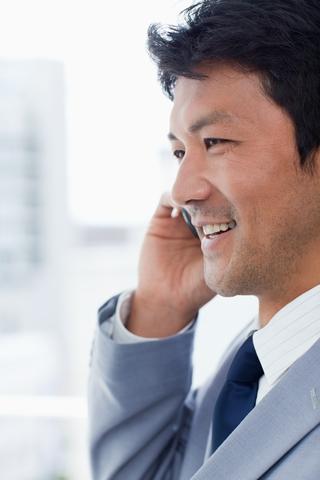 The STORY:
“I know,” said Beth to John, a brand new salesperson, “that you will feel very uncomfortable trying out some of the things I do with cold calling.  Actually, now that I think about it, most of the other salespeople gag when they hear me.”

“Beth,” responded John, “I asked Melinda who the best person was on the phone.  She said you.  I’ve asked five or six other people; they all say you.  Maybe I’ll gag, maybe I won’t.  I want to give it a try.”

She stared at him for a minute thinking back to when she had started in sales, just four years ago.  It seemed like two lifetimes ago.  How much she had changed since then.  Her first week was spent cold calling.  It was the hardest thing she had ever done.  Four and a half days of nothing but people hanging up on her or worse.

Slam.  Down goes the phone. “Don’t ever call me again.”

The Friday afternoon of that first week, she had made up her mind to quit at closing time.  With two hours to go, she figured there was no point in sticking with the telephone script, might as well have some fun the last two hours.

To this day, she still remembered the first cold call that got somewhere.

“It sure would.  Money just slips away from me.”

“I had the same problem.  Could we agree to ask each other questions and if we decide this won’t go anywhere, part as friends?”

“Beth?  Hello, Beth,” said John.  “Looks like you are tripping down Memory Lane.  Remember me?  You were going to tell me some cold calling tips?”

“Oh,” responded Beth with a laugh, “I was just thinking about my first cold call that got somewhere.  Let me tell you about it.  I still do the same thing today.”

The RESULT:
Beth got the prospect talking right at the beginning.  How many prospects would say “No” to Beth’s question?  Very few.

DISCUSSION:
If you ask a secretary how she knows it’s a salesperson on the phone, you’ll hear that every salesperson in the world went to the same voice school.  The voice is always confident and cheerful.  How do you know it’s a telemarketer at seven in the evening within five seconds of picking up the phone?  They all sound the same; that’s how!  Bet you can’t remember what they said, but you know that sound.

Then comes Beth.  While you might think that you’d never do what she did, reconsider.  What’s the worst thing that could happen?  The person on the other end might say “No” and hang up.  Do you really think that person would have listened to the standard confident and cheerful script and bought?  Probably not.

There is, of course, another more subtle reason not to try the Beth approach.  Every salesperson is trained to believe that cold calling doesn’t work, but it’s something you have to do.  You hear, time after time, that you’ll have to spend hundreds of hours getting rejected to find anyone who’ll listen.  If you believe this, you set yourself up to be rejected and when rejection happens, you can trade cold calling war stories with other salespeople.

It doesn’t have to be this way.  It’s your decision.

APPROACH:
Don’t hand the prospect the reason to immediately hang up.  If you sound like all the salespeople, you will be treated like all the other salespeople.  Prospects go on automatic pilot the moment they suspect you are a typical cold-calling salesperson.

Beth’s simple question makes the cold-called prospect immediately switch off the auto pilot.  “This person just told me I have no idea who she is and then she wants to know if I want to know her.  What’s going on here?  I’ll have to ask her something.”

Did you notice in this short mental dialogue that the concept of saying “No, I don’t want to know you” never comes to mind.  Think about that.