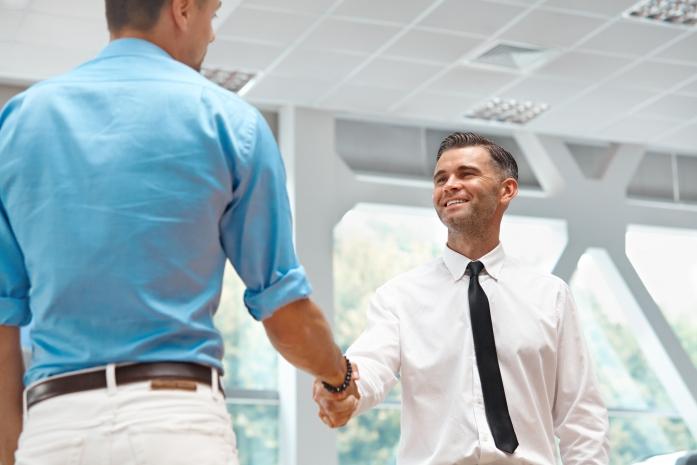 The STORY:
I once attended a seminar given by a fellow named Steve.  It was so long ago, I’ve forgotten just what the seminar was about other than having something to do with electrical switches.  Steve did something that was so clever, I had to find out how successful it was.  While he later told me it worked well, I had no idea how well until I started doing it.  Recently I met up with Steve again.  He’s still doing the same thing with the same results.

Do not collect business cards.  Business cards are a waste of time!  Instead, pass out blank index cards.  Tell the people in the audience to write down their names, addresses, and phone numbers.  Below that have them write down the most important question that you could cover.  Have them flip over the card and write, in capital letters, the word YES and the word NO.

Now you explain the reason for YES and NO.  “At the end of the seminar, I want you to circle either YES or NO.  NO means that while you enjoyed the seminar, you will never need to talk with me again.  YES means that I will be in touch with you to answer your questions.”

At the end of the seminar, ask the participants to circle YES or NO.  On all the YES cards, call within two days and say exactly the following, substituting their first names, “John, I appreciate your interest at the seminar.  Let me ask you a question, why did you circle YES?”

Steve is still working the index cards, and since I first met him, he has added a new twist.  He is also calling the NO circlers and saying, “John, I appreciate your telling me that we could never do business.  Since you have such a good understanding of what I do, whom would you suggest I contact if you were me?”  Even he has been amazed at the additional business he generated, not to mention qualified referrals.


DISCUSSION:
This is a variation on forcing a prospect to begin his conversation with you.  Granted, the conversation is limited to his circling YES on the back of an index card, but to paraphrase a Chinese saying, all conversations start with a single word.  The sooner the prospect takes the first step, the sooner you can meet.

What usually happens in educational seminars and trade show meetings?  We all know.  Some salespeople refer to them as “cattle calls” where herds of maybe prospects are hopefully corralled by a catchy and trendy seminar title, maybe a glittering trade booth, or even a gee-whiz demonstration.  Tons of business cards are accumulated and then dispensed after the event to less than happy salespeople.

Why less than happy?  All the salesperson has is a business card at that point.  While this is better than randomly calling the Yellow Pages, there is no commitment on the part of the prospect to do anything.  When you go to seminars and trade shows, why do you leave your card?  The truth.  To win the drawing, to maybe get a freebie sample, to get rid of all those business cards that spill out of the glove compartment.


APPROACH:
Just as Steve did, so should you.  Instead of collecting business cards at an educational seminar, collect index cards.  There are two reasons you don’t want business cards.

First, some folks didn’t bring one.  So you don’t get theirs.  Second, the business card in their pocket may not carry the most up-to-date information. Companies merge, titles change, phone numbers change, addresses change.  No point in collecting information that may well be out-of-date.

Why make everyone fill out an index card?  Most people want to look like the person sitting next to them.  If people on both sides are filling out the index card, the pressure to do likewise is almost too much to resist.  You will get the information you want regardless of whether or not the person wants to give it to you.

Then when the person circles YES or NO, he is starting the conversation with you.  You start.  All you are doing by calling him is continuing a conversation he already started.  “I have to ask you, why did you circle Yes?”


THOUGHT:
Force the prospect to start working with you by his circling YES.