Sandler Training Brief: When Not to Answer a Prospect's Question 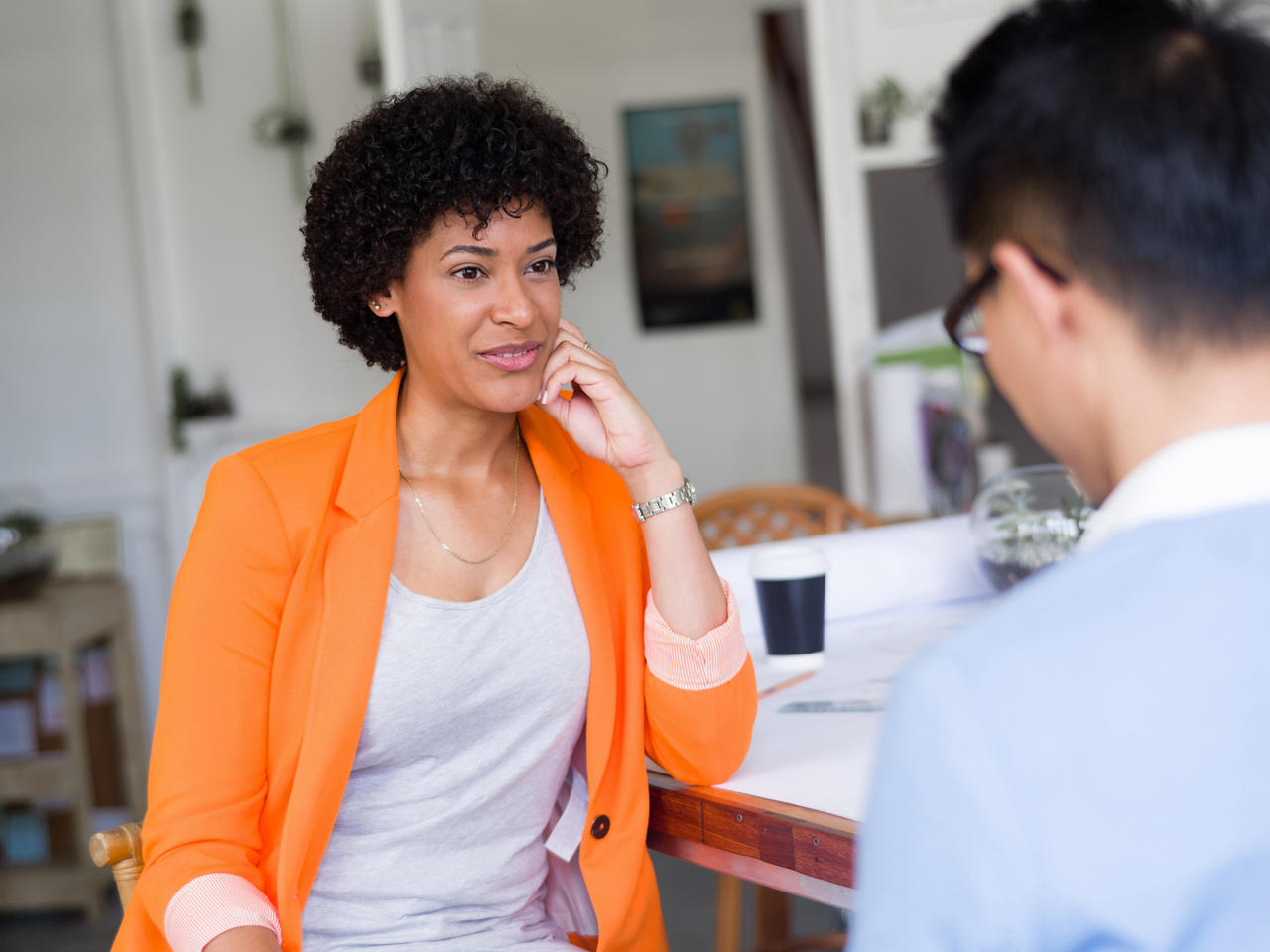 Anne is a partner in a small consulting firm. During a recent meeting with a key prospect, a senior decision maker at a Fortune 1000 firm, she handled the presentation. Juan, her mentor and coach (and the founder of the practice) watched and took notes. After the presentation – which ended inconclusively– Juan and Anne did a “parking lot debrief” about what went well and what could have been improved upon during the meeting. As part of that debrief, Juan mentioned that he felt Anne had done a great job of establishing rapport early on, and also of setting a clear agenda for the meeting. Then Juan asked:

“Is there any part of the meeting you would do differently, if you had to do it all over again?”

Anne thought for a moment, then said: “No, I don’t think so.”

Juan smiled, then asked about Anne’s response to the prospect’s very first question. That had been: “Have you ever worked with a company our size before?” Juan pointed out that Anne had simply answered the question – with the word “Certainly!” – and had then recited a list of companies of comparable size with which their consulting firm had worked.

“It’s possible we missed an opportunity there,” Juan said. “A possibility to qualify for pain. If I were running that meeting, and if a prospect asked me a question like that, I think I would have asked a question myself … instead of answering the prospect’s question directly.”

“Okay. What would you have asked?”

“I might have said, ‘That’s an interesting question – I’m assuming you must have asked it for a reason.’ And then I would have stopped talking.”

Anne pondered this. “Does that really count as a question?”

“It does if the other person answers.”

IS THERE A FIT?

Juan was reminding Anne of the importance of qualifying for pain, an essential step of the Sandler Selling System. By rushing to answer the prospect’s question, instead of posing a question of her own, she was skipping over this critical qualifying step.

She had allowed the social pressure of the situation – specifically, her own desire to win approval by doing what the prospect expected – to overrule her responsibility to find out what was really happening in the client’s world.

Pain exists when there is a RECOGNIZABLE AND MEASURABLE GAP between prospects’ desired or required outcomes and the outcomes being achieved in their current situations. The more effort you put into qualifying for pain, the more quickly you can develop and close the sale if it measures up to all of your qualifying criteria…or move on to another opportunity if it doesn’t measure up.

When asking a prospect questions early on in the selling cycle, you want to uncover information that helps to clarify the degree of fit between what you have to offer and the prospect’s problem, challenge, or goal.

If the correlation is low, it’s probably best to look for another opportunity.If a possible buyer has no problem, challenge, or goal that you can support . . . guess what? That person is no longer a prospect. It’s time to move on to another opportunity, and consider the discovery a victory.

And that really is a victory. Why? Because you have successfully disqualified someone. Now you can spend your time identifying and working with a qualified prospect!

On her next sales call, which Anne conducted on her own, Anne happened to be meeting with a senior decision maker at another very large company.Early on in the meeting, the client asked, “Have you worked with a lot of companies our size?”

Mindful of the reminder she’d gotten from Juan, Anne smiled and said, “That sounds like a very important question. Do you mind if I ask why you’re bringing it up?”

The prospect explained that he had been working for several years with one of Anne’s competitors, and was now seriously considering changing vendors. Here was a vitally important piece of information!

The prospect went on to explain that he wanted to be sure he had a clear sense of how Anne’s firm would approach client relationships because he was personally responsible for ensuring that certain mistakes that had been made in the past would not be repeated.

Anne was now able to ask a targeted question, one designed to help her identify whether there was a problem, challenge, or goal here that she could support. She asked: “Tell me -- what did you like, and not like, about your past relationships with consulting companies in our space?”

The prospect spent half an hour answering that question! When he had finished speaking, Anne was indeed able to address his issues in a way that left him feeling comfortable with the possibility of working together. Thirty days later, she had a contract to work for that company.

The moral: Know when to answer a question with a question – and use your questions to qualify for pain. Your closing ratio will improve if you do.