Sales Blog: So What Happens Next? 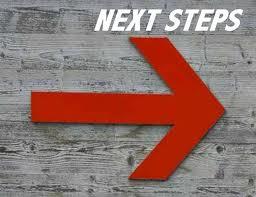 Never leave a meeting or conversation without a clearly defined next step in the calendar with a prospect.  How often do we follow that rule?  Frequently, next steps are up in the air.  We leave a sales call with the prospect saying, “Sounds good, I’ll give you a call sometime next week and let you know.”  What’s the ratio on that deal closing?  We often don’t have the guts to ask for a specific next step.  We settle on following up with the prospect later.  The problem is following up frequently means chasing them down and becoming a pest.  When we set specific next steps we keep the sales process moving forward and prevent a prospect from hiding from making a decision.

Be a meaningful specific, not a wandering generality.  Set a next step that means something.  If we need to meet again to close the deal, tell the prospect, “We need to meet one final time to decide, yes we are moving forward, or no there is not a good fit.”  Same rule applies for timing.  Don’t let a prospect get away with saying, “I’ll call you next week.”  Set a day, time, and amount of time to spend with them.  When we set specific expectations about when to meet and what we will be doing, we prevent surprises.

Setting next steps also lets us deal with potential problems earlier.  If a prospect is adamant about not setting a time to talk with us about a specific issue, they are probably saying no.  Often times prospects set generalized next steps because they can get away from us without saying no.  It is a way for them to avoid a possible confrontation.  The problem is that we are left waiting in the wings.  Have the guts to push for something specific.  Even if we force a “no” out of them, it will save us the hassle of chasing them down.  If they give us a no now, they were going to give us a no later.  The difference is we avoided the struggle and annoyance of “following up”.

Setting specific next steps is laying a game plan out for both prospect and salesperson.  It assigns what each party will do next and what goal each hopes to accomplish.  This eliminates bad opportunities from the sales pipeline and saves time not chasing bad prospects.  The key to accomplishing this is to be gutsy in not accepting wishy-washy commitments.  Be persistent in narrowing down what happens next.  If we do this effectively we will save a lot of time and annoyance both for our prospects and ourselves.

Rusty has more than 20 years’ experience in sales, sales management, sales training, and ownership of companies with large sales teams. As a disciple of the Sandler System, he has successfully trained hundreds of sales professionals in both telephone and face to face sales. He has worked in both Business to Business, as well as Business to Consumer sales dealing in tangible and intangible products and services. After a career in sales management with IBM, then ownership of several Home Improvement and Advertising firms, he purchased a part of the Sandler network, and is now realizing his lifelong goal of changing lives by having the opportunity to recover failing sales careers. Sandler is a 32 year old international sales training and management consulting company with 220 locations in the US, and more than 80 overseas.