Tactic #31: Save time, skip the planning. 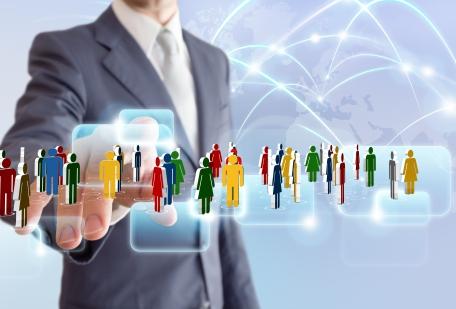 The STORY:
Mark really liked his new suit.  Gives me the edge I need, he thought as he pulled into the office.  The last prospect that was “thinking it over” had even complimented him on how well it looked.

Despite the suit and the compliment, the rest of the day was headed in only one direction, right into the dumpster.  Mark had been given additional territory to cover as a result of another salesperson’s departure.  He had grudgingly decided to use the rest of the day to go over the departed salesperson’s client notes to see just what was going on.

Maybe I could dig up some quick closes, he said to himself sitting down in front of what was at least a two-feet-high stack of folders.  Over 100 potential accounts and another 200 or so former accounts.  Yeah, a couple of quick ones.  Let them know a real closer has taken over the accounts.  Nobody does closes like Mark.

Must have been about an hour later when the regional sales manager walked in.

“Mark,” said Joan, “I see you’re going over your new accounts.  Making plans on how to approach them?”

“You got that right,” responded Mark.  “I think I’ve found a couple here that I ought to see ASAP.  The rest can wait.  These are ready for a heavy close.  I don’t know how Mary let them get away.”

“If you think you can do them, go for it.  I’ve got to show upper management that my sales team can produce,” responded Joan.  “The sooner the better, if you know what I mean.”

“Hey, no problem.  I’ll head out now.  Two of these can’t wait.  Should roll them right over.”

“That’s what I like to hear, Mark.  Wish I heard that from all the salespeople.”


The RESULT:
Mark might make his two sales.  He might not.  Joan is happy she has a “go-getter” on her team.  Upper management will be glad to hear one of the salespeople dug right into the former salesperson’s territory.  They have all saved time by skipping the planning at every level.  And as a result, the company may get one or two sales.  Does this make sense?


DISCUSSION:
Right at this moment, there is a prospect who will buy from the next salesperson that walks through the door or calls.  If you’re that person, you just made the sale.  And if you call on enough prospects, you will stumble across the ones who’ll buy right this minute.

Sales managers and upper management often view the constant “stumble” method as the way to success.  After all, with this method, the vast majority of the salesperson’s time is spent selling.  The logic is simple, the more time out selling, the more sales.

Planning on what to do takes time away from being out there doing it.  So skip the planning.  Who needs planning anyway?  New salespeople.

There is, however, one small problem with this method.  The salesperson never has a steady income nor does the company have steady sales.  When one salesperson burns out, move another one in.  Move them in, burn them out, move them in.


APPROACH:
To have a steady income that grows, both as an individual and as a company, planning is required.  Someone in Mark’s company, perhaps he, or his sales manager, or even upper management, needs to recognize the fact that there are more sales available than just the two quick ones.  And to get more than two might require a couple days of planning.