December 28, 2017 by Peak Performance Management in Self Development 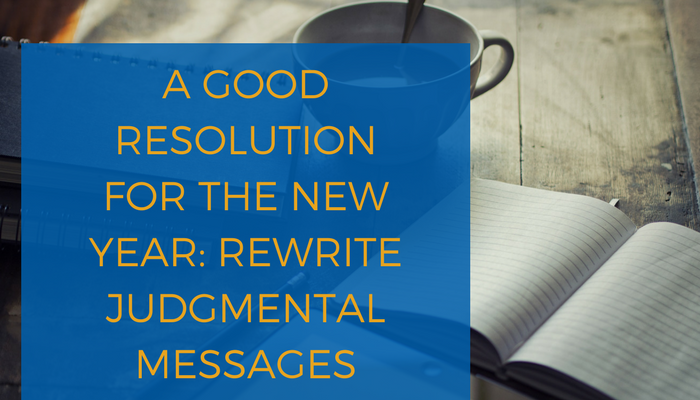 Anita asked her manager to take part in a “ride-along” on her first sales call of the New Year … so he could offer her some constructive criticism on the best ways to improve her selling technique. Anita was out to fulfill a New Year’s resolution: she was eager to identify one specific best practice that would help her improve her closing ratio. Her goal was to identify her greatest selling weakness early in the month of January, and then work to turn that into her greatest selling strength by the end of March.Her manager, Mike, thought this was a great way to start the New Year, and agreed to sit in on her next face-to-face meeting with a prospect.

The sales call didn’t go well. After the meeting, as they drove back to the office, Anita asked Mike to help her identify the one area where he felt she could make the most improvement during discussions with prospects. Mike’s answer was immediate and direct: “If I were in your situation, and I was looking for something to improve, I might focus more on non-judgmental messaging.”

This surprised Anita because she didn’t consider her in-person communication style as even remotely judgmental. But Mike had taken good notes, and he offered plenty of examples of word choices she had used during the meeting that had the potential to make prospects and customers uncomfortable.

For instance, Anita had opened the meeting by telling her contact that he “shouldn’t bother” with a certain course of action until after Anita had personally interviewed his team. “Should” and “shouldn’t” sentences, Anita knew, were off-putting. And at several points in the meeting, Mike’s notes indicated that she’d instructed her prospect to “just listen for a minute” when the conversation seemed to be going off track – another poor word choice that could have had something to do with the quality of the rapport during her meeting.

Anita was surprised to learn she’d used these phrases, but she trusted Mike’s notes, and she wanted to improve. Mike assured her that he, too, had to learn how not to use judgmental messages to prospects and that it took practice for him to overcome the habit. Anita agreed to make non-judgmental messaging part of her weekly coaching sessions with Mike and to use role-play sessions with him to develop better verbal communication skills during the first quarter of the new year. The two got to work on this the next day.

Here’s the essence of what Mike shared with Anita: Messages that communicate judgment or bias -- such as what is right or wrong, good or bad, what one should or shouldn’t do, and what is acceptable and what isn’t -- are likely to trigger strong emotional responses from the listener. Those responses can range from compliance (which may carry with it some degree of resentment) to rebellion, neither of which are desirable or conducive to the rapport and trust you are working to establish during a sales call. Rather than tell someone what to do or how to act, you can frame the message around a helpful suggestion or a point for consideration. Consider the following examples.

Notice how the “helpful” version of each message below accomplishes the same goal as the “judgmental” message… but without passing judgment or showing bias. Judgmental: You should . . .

Judgmental: You missed the point.

Judgmental: You just don’t get it.

Helpful: Perhaps you should think about . . .

Judgmental: Listen to me.

After just a few weeks of coaching and role-playing with Mike, Anita’s communication skills improved. She found it easier to put prospects at ease, had more good meetings, and improved her closing ratio in the first quarter of the new year. You can experience the same kind of results… by practicing replacing judgmental messages with helpful ones!

Need help rewriting your judgmental messages? Contact us, we are happy to help you uncover new levels of success.

For more valuable information, access your free report below.