Sandler Brief: People Work Harder For Their Reasons Than They Do For Yours 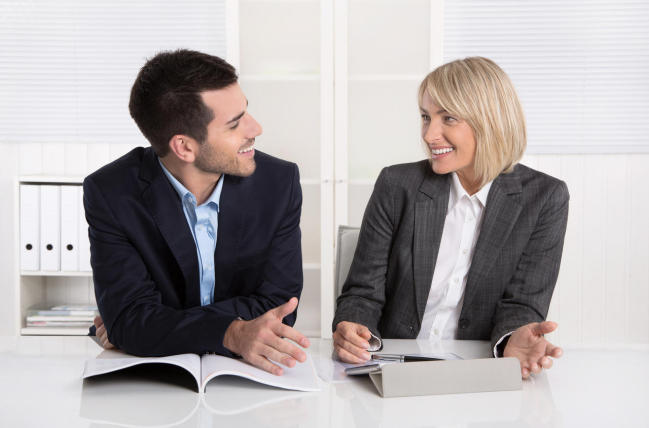 Milt had missed his sales quota for three straight quarters. Maria, his new sales manager, had tried to get Milt’s previous manager, Bob, to share his thoughts on why Milt was consistently failing to hit his targets. Bob’s answer was direct: “The guy just flat-out doesn’t care about hitting quota. He’s not cut out for sales anymore. He used to be committed. Now he’s lost interest.Senior management is giving him one more shot. If he can’t cut it this quarter, with you, the plan is to let him go. This is Milt’s moment of truth.”

Maria considered it her moment of truth, too. She made a few calls and confirmed for herself that what Bob had shared with her was true. Her boss was indeed going to instruct her to let Milt go if he failed to hit his sales target in the next quarter. She scheduled a one-on-one session to talk the situation over with Milt.

Instead of reading Milt the “riot act,” which was what Milt expected, Maria spent some time during the meeting getting to know him. She found out as much as she could about his family. She learned about his educational background. She discovered what had inspired him to get into sales in the first place: A desire to make his mother proud by earning a lot of money. At this point, she was still mystified as to why his performance had dropped off.

When she asked Milt to explain what he thought the problem was over the past three quarters, he said: “I’m the oldest of four kids. My dad passed away when I was a teenager. I’ve always taken care of the people in my family. My mom’s been ill over the past year, and I’ve been stretched pretty thin trying to make sure she’s okay. I had no problem meeting my quota before she got sick, but lately I just haven’t been able to focus the way I used to. Half the time, I’m exhausted at work. Honestly, I’m just trying to get through the day.”

MOVING BEYOND THE BLAME GAME

Maria said she was sorry to hear all that, and told Milt she understood how difficult his situation was. She asked if Bob or any of the other managers at the company had inquired about what was going on at home. Milt said they hadn’t. She said she had no interest in assigning blame. She could see right away that that statement had a positive effect on Milt.

Toward the end of their meeting, Maria asked Milt: “What is it you really want to make happen for yourself and your mom this year, Milt? What’s most important to you? What would you do for her if you could do anything?”

Milt answered instantly, without missing a beat: “I would get a better insurance package, so my mom could get someone who could care for her at home full time. But that kind of coverage is just too expensive for us right now.”

Together, Maria and Milt set up a plan. Milt started to get engaged. He realized that if he got some help from other family members in caring for his mom for a couple of months … if he focused more of his attention and effort on business development … if he started making a habit of getting a good night’s sleep more often … and if he enlisted Maria’s help in working with the Human Resources people to track down the right plan … he could probably turn things around. Maybe he could get full-time home care for his mom.

Maria gave him a checklist to help him formalize his new goals before he set up his behavioral plan for the next quarter, and Milt agreed to use it. Maria made absolutely sure Milt understood that he wasn’t doing any of this for Maria … but for himself and his mother!

As a sales professional, you must define your own circumstances.The goals you pursue should be established by you and not some external element like a sales quota or the expectations of your manager (although neither should be totally ignored). Once you determine what you want, you can identify what it will take to obtain it, and then you can develop an appropriate action plan.

Goals not only establish a path on which to run, but they provide benchmarks with which to measure your progress.Working without goals is like taking a trip to somewhere, which you will reach someday, with the hope (but no certainty) that it will be a desirable place. Before he met with Maria, Milt’s goal was best described as “survive another day.” Once he started associating showing up for work with getting his mother the care she needed and deserved, he became a man on a mission.

Here is the checklist Maria shared with Milt. Over the next few days, they worked together to make sure Milt could answer “Yes” to all of the questions.

How Many of the Following Apply to Your Professional Goals?

Following this checklist was the turning point. By using it, Maria was able to help Milt set up and act on goals that meant something to him personally – goals that, when turned into realities, would dramatically improve the quality of life for himself, his mother, and his whole family.From this point forward, Milt was invested.

Maria met with Milt regularly to help him stay on track. And she held on to a valuable sales professional. Milt not only went on to exceed quota in his next quarter – he became one of the top performers on the team.