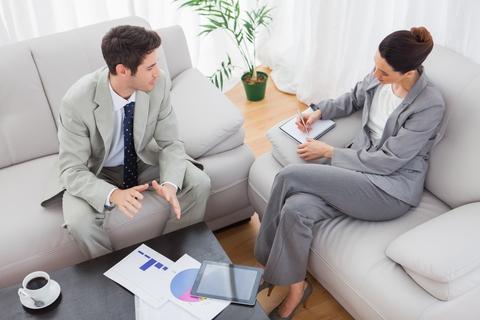 The STORY:
“Hello, this is Meg Spencer.  I understand that you are looking for . . .” she said into the phone, letting her voice trail off.

After a moment of silence came a response in a male voice, “Ah, yes, I’m interested in getting some pricing and availability on your high-end units.”

Meg waited, not saying anything on purpose.

“Hello,” came the male voice again, “anyone there?”

“I apologize,” responded Meg, “I thought you were going to continue, and I didn’t want to interrupt you.”

“Oh, no problem.  Like I said before, some pricing and availability on the high-end units.”

“You might find this a bit out-of-synch,” responded Meg, “but I had one of those old fashioned upbringings.  If you have a moment,

I’m Meg Spencer and I’d like to know who you are.  Is that a fair question?”

A laugh came over the line.  “I guess I was kind of abrupt.  Sorry, this is Charles Turnkle over at State Machining.”

“Nice to speak with you, Charles.  I’ve got to ask, of all the people in the world who make what you are looking for, why did you pick me?”

“That’s easy enough.  A friend of mine, Glenn Arbuter told me you did right by him two years ago.  The last place I bought from really screwed us.  Glenn told me you were always straight with him.  I need that.”

“I appreciate that.  Let me mark down here a note to thank Glenn.  How bad was it with the other guy?”

“Terrible.  It hit the fan for three months.  My gut feeling is that if it gets that screwed up again, I’m going to be redoing my resume.  I don’t want to do that.”

“Move on?  No way.  This company is booming.  We’ve got orders out the yin-yang.  That’s why I’m calling you.  We’ve got to get more production on-line fast.”

“The muckety-mucks had a meeting yesterday, and the word came down.  Within eight weeks or heads will roll.”

“Would it be fair to say that you and I ought to meet?”

The RESULT:
Other than telling Charles that her name is Meg Spencer and that she had an old-fashioned upbringing, did she give him any other information?

The buyer gives as little information as possible, and the seller gives enough information to find out if the buyer is for real.  Back and forth, round and round.

Instead of responding like 99 percent of the salespeople in the world, Meg interrupted the dance.  The first thing she did was get some information from the prospect.  “Who are you?”  And before he could respond, she immediately followed up with, “Is that a fair question?”

By asking these two questions, each a different type of question, she took complete control of the conversation.  The first question asked for a simple fact—what is your name?  The second question asked the prospect to render a value judgement on the first question.  Could you conceive of a prospect who would decide that the questioner was unfair and did not deserve an answer?  If you could, would you even want to do business with such a person?

The pairing of these two types of questions at this point subtly influenced the prospect to consider any reasonable question asked after that point to be worth answering.  Try asking these two simple questions.  It works.

And from that point on, who gave the rest of the information?

If, on the other hand, you do the same thing with each prospect and you can accurately predict what a prospect will say and when, then who’s in charge?  Not you.