May 2, 2016 by Peak Performance Management in Sales Process 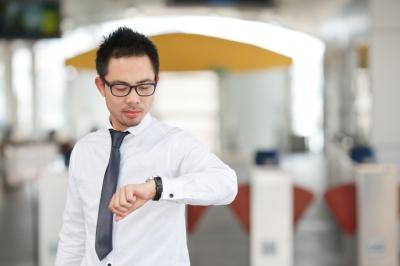 The STORY:
Oh God, thought Maria, holding the phone at arm’s length, it’s another one of those obnoxious salespeople. Don’t they know what “no” means?

“I understand Maria, but I’ll be in the area next Thursday at an account two blocks over. Just give me a half hour. That’s all I’m asking. You don’t even have to buy it. I’ll just show it to you. A short 30 minutes.”

Maria and Tim went back an forth for another five minutes, and finally Maria gave up.

“Okay, you win. Next Thursday at one o’clock.”

As she put the phone down, she wondered if it would be worth taking a long lunch next Thursday. Then she remembered the last time she had done that with one of them—the guy had hung around until she came back.

The following Thursday, right on the dot of one o’clock, in came Tim, trundling his product on a four-wheel cart.

Maria didn’t even try to hide the fact that her eyes rolled. “No, I’m not. Show me what you have. You’ve got 30 minutes.”

“In 30 minutes you’ll see why you can’t function without this little gem. Trust me.”

And 30 minutes later she said, “Thanks for stopping by Tim; if we ever need these really impressive features, I’ll call this number on your card. Right?”
Well, thought Tim as he carefully backed his cart down the stairs, she did promise to call me when they want to move up. This is better than sitting in the office making phone calls.

DISCUSSION:
Badgering a prospect for an appointment only reinforces in the prospect’s mind that you are just another one of those “pain-in-the-butt” salespeople. This will happen even if you get the appointment.

Now consider this situation from the prospect’s point of view. She was forced into a situation where she had to give up. No one likes to lose. Second, her commitment to keeping the appointment with you was shaky at best. Any excuse to cancel the appointment will be happily used. Perhaps you won’t find out it has been cancelled until you show up for it. Suddenly she is “unavailable” and has asked you to call her later in the week.

But let’s assume she keeps the appointment. Her attitude during the half-hour will be one of “let’s get this over with” and/or “I’ve got nothing better to do.” In other words, she certainly does not perceive your meeting as a time to conduct business.

Will you make the sale? Perhaps out of a hundred forced appointments, you will make one or two sales. Is it worth it in time and commissions to operate like this?

APPROACH:
Never beg for an appointment. Never force someone to make an appointment. Rather it would have been so much simpler for Tim to have asked, “Doesn’t sound like we will ever do business regarding (fill-in the product/service). Is that fair to say?” If the answer were “yes,” he would now be in the position to ask two things. “Should I ever have another (fill-in product/service), may I call to see if you have any interest in that?” He would be leaving the door open with the prospect to do future business. If the answer were “no,” then he could accept it and move on.

The second thing he would ask, regardless of the answer to the previous question, is, “Who else do you know that might have an interest in (fill-in product/service)?” He might be told no one, but possibly he would be given a warm referral. Now he could call someone with a reference. It may not be much, but it would be infinitely better than cold calling.

THOUGHT:
Begging a prospect for an appointment, when you both know it won’t go anywhere, not only wastes both your time and hers, but also leaves the prospect, should you ever call again, remembering that you wasted her time once before.