Tactic #33: Good decisions are ones made. 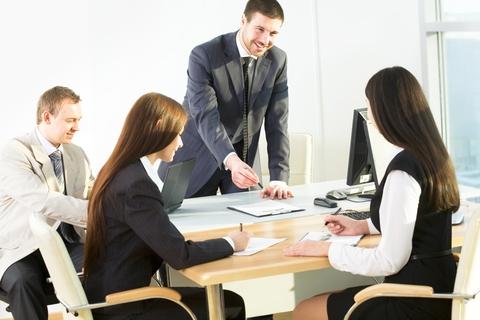 The STORY:
The Wednesday morning before Thanksgiving found Melinda going over her client list looking for any new trends in what clients bought from her.  Many times in the past, she had noted how product usage had gone up across the list depending on the time of year.  November and December were two months that usually were flat, but come January, things changed dramatically in one direction or another.  This year she was trying to determine if there were any factors that would help her predict which way it would go for each client.

That’s when her phone rang.  As she picked it up, she had no idea just how much the rest of her day would change.

Turned out to be Memorial General Hospital, with whom she had never done business but had called on many times in the past year.  Their purchasing manager was on the phone in desperate need of product that afternoon.  Their regular supplier had not stocked enough and would take a week to get what was needed.

The normal processing of a new account took at least three days.  Putting the prospect on hold, she tried to find someone in accounting, only to find they had all left early for the holiday.  She knew her sales manager had taken the day off.  What to do?

The product was available, and with a minute of calculating, she figured out that her car would hold what the hospital needed.  The word on the street was that Memorial General always paid their bills on time.  The absolute worst that could happen was that she would get fired for ignoring her company’s new client policy.  Chance of that happening was remote.  Do I take the chance and make the decision, she thought staring at the blinking hold light.

“Hi, this is Melinda again.  I appreciate your holding for so long.  Here’s what we are going to do…”


The RESULT:
Melinda made the decision to go ahead.  In all likelihood, she will turn this emergency delivery into a long-term contract.  And she also knew that once accounting got back and found out what she had done, life at the office would get real interesting.


DISCUSSION:
Many times in sales, the salesperson and the buyer reach multiple points where some form of decision needs to be made in order to go any further.  Often, one or both put off making the decision for what appear to be excellent reasons.  The result, regardless of the quality of the decision, is that the sale never happens.  Everyone promises to get back to everyone else and rarely does anyone ever do so.

In the story, Melinda could have followed company policy.  No one would have faulted her.  Everyone would have said that it was too bad Memorial General hadn’t had the foresight to use them as the supplier of the product.  “We never would have let them run out.  Perhaps they have learned their lesson and will use us in the future.”  Sounds like a case of sour grapes.

But would the sale have been made?  No.  Memorial General would view Melinda and her company as being unable to take care of their needs in what they considered an emergency.  “If they can’t take care of us in an emergency, can we trust them at all?”

The unstated problem with Melinda’s decision was that the hospital might not pay the bill.  Of course, much pressure could be brought to bear by letting it be known that Melinda’s company had “rescued” them in an emergency only to be denied payment.

The only real problem Melinda would have was with accounting and her manager.

However, when a decision needs to be made, and the folks who normally make that decision are not available, the decision should be made, not postponed until later.

Empowerment is the current buzz word that describes what Melinda did.  If you don’t trust the people you work with to make good decisions for the company, then why are they working there?


THOUGHT:
The only way to find out if a decision is good or bad is to make it and deal with the results.