Sales Blog: Four Ways to Convert a Prospect’s Belief System with Your Own 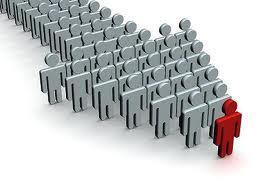 Few things are stronger than the belief systems people have about things. People save lives because of what they believe in. People go to war because their belief systems prompt them to. And the last thing we, human beings, want to change are our belief systems. This includes the prospects you meet.

Yes, that’s right. The next prospect you encounter has a belief system about the best way to relate to sales people. He or she has it all worked out about relating or not relating to you. Thus, the next time you meet with a prospect, you’ll be confronting that person’s belief system with your own.

Your prospect will have a mental game plan to follow during your discussion. That game plan has developed from years of fending off sales people. Whatever game plan your prospect uses will be one that’s been refined over and over and now works best for the prospect.

Question more and talk less. Another pattern break is to ask questions. Then—and this is vitally important-- wait and give your prospect time to respond to your questions. This sets you apart from the multitude of salespeople who can stay silent only for six seconds before they start filling air time with their verbiage.

Reverse a prospect’s questions. Here’s another pattern break that works: Reversing. When a prospect asks you questions, reverse these questions with questions of your own that draw out more information from a prospect. For example, let’s say a prospect asks, “How large is your company?” You could respond with, “It sounds like size is important for you. Could you tell me a little more about this?”

Go for no. The real kicker during a sales call is to go for no. Most sales people invariably want to get to yes and the acceptance this entails. If instead, you go for no, you’ll not only differ from most other salespeople, you’ll be able to reverse the prospect’s no response to find out more.

For example, when you get a no from a prospect, you can reverse with, “I understand. We’re not for everyone. But could you tell me a little more why you might not work with us?”

If, in fact, your prospect won’t work with you, you’ll at least know why and move on to your next prospect. Better yet, you may find a way to solve a problem you wouldn’t have learned about, if you didn’t go for no. And you could close a sale.

Make pattern breaks like upfront contracts, questioning, reversing, and going for no part of your sales repertoire. Use them to help you convert a prospect’s belief system to yours and make the sale.

John Rosso is recognized nationally as a business-development expert, specializing in executive-sales consulting and sales-productivity training as well as the best-selling author of Prospect- The Sandler Way. John is a dynamic, enthusiastic speaker who informs, entertains, and motivates presidents, CEO's, other senior managers and sales professionals. In 1994, John founded Peak Performance Management, Inc. an authorized Sandler Training Center. His track record speaks for itself, as he has helped thousands of executives, managers, and sales professionals triumph over the challenges that inhibit their success and take their sales to the next level.