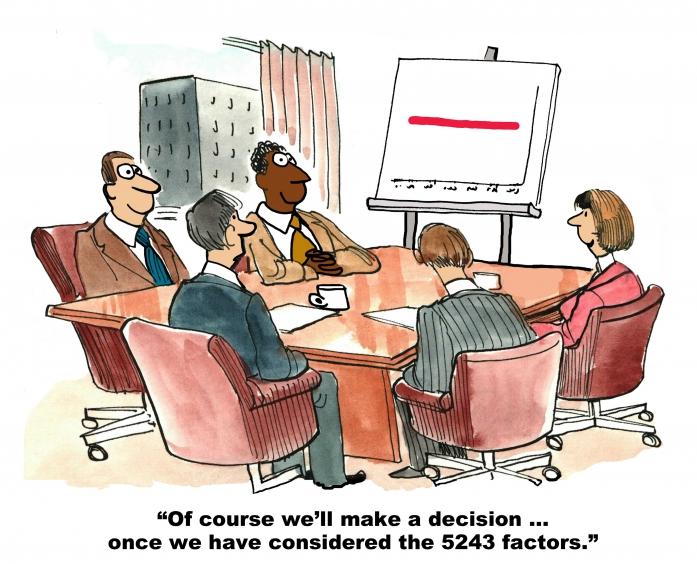 The STORY:
A new day is dawning on my sales career, decided Andy.  As he drove to work, basking in the afterglow of the outstanding sales training seminar he had attended the day before, he couldn’t wait to start.

“Knock ‘em dead,” he said pulling into the lot.

Before getting out of his car, he reached over and re-read his “New Contact Calling Strategy.”  The phrase “telephone script” had also hit the trash can.  Last night he had adapted the calling strategy in the manual for his product line.  Then he memorized it.

“I’ve got them now,” he said sitting down at his desk.

“Got who?” asked Gail across the way.

“Ah,” she sighed, “you must have attended that seminar yesterday.

“Andy, when you’ve been in sales as long as I have, nothing is a winner.”

As he began to dial his first number, Jim happened by.  “Hey, Andy, you still on this morning to pop over and get the donuts with me?”

“Well, I was going to make some calls.”

Jim turned to Gail with a big grin on his face.

Andy ignored them both and kept dialing.  After the first three calls, with no results, he figured what the heck.  No point in punishing myself.  Besides, a donut would hit the spot.

“Yo, Jim, you still want to hit the donut shop?”

“Thought you were gung-ho on the cold calling.”

“Well, I didn’t get anywhere with the first three, and I think my script needs some more work.  Besides, I can always cold call them tomorrow.  Unless they die, they’ll still be there.”

The RESULT:
Andy did not accomplish what he set out to do—make 10 new contacts.  To make it even worse, Andy is blaming his script.

DISCUSSION:
Establishing a new behavior pattern is not easy.  People like to do things the same way they did them yesterday and the day before.

What makes it tougher is that everyone you come in contact with will expect you to act like you did before.  After all, you are part of their behavior pattern, and they haven’t decided to change.  So they will work hard to get you back to the “good old you.”  Their response to you should not convince you to backslide.

Prospects also expect you to act like the good old you even if they don’t know you.  After all, they have been trained by hundreds of other salespeople to respond in certain ways.

So, besides changing your own behavior, your changing will force others to change.  Nobody likes change.

APPROACH:
Commit to a behavior and do it.  The technique you use to do this behavior, at this point, does not matter.

Here’s an example.  You commit to the behavior of greeting each person you see in the office.  As long as you greet them without exception, you have committed to the behavior.  What you say to them is not as important as doing it.

Consider Andy.  Andy wanted to commit to the behavior of calling 10 new contacts every day.  Yet, he allowed others to interfere with this behavior.  He also let himself interfere.

The technique, his script, might have been a winner, but he will never know.  As you saw, Andy came to blame his script as the reason for not doing the behavior.  Andy had it backwards.

The only reason Andy did not succeed at his behavior, calling 10 new contacts every day, is that he did not commit to the behavior.

How often does this occur, not only in sales but in life in general?

THOUGHT:
The best plans, the best goals, the best training mean nothing unless you do something.  Doing the behavior is the first step—don’t skip it.