Tactic #44: Does this make sense to you? 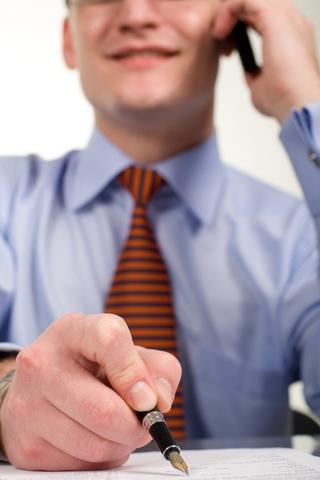 The STORY:
For the past two years, every Thursday afternoon unless it was a holiday, Sally had religiously made her follow-up phone calls seeking additional business or, not getting that, at least a referral to someone else.  Her success in doing this was well known in the company.  Other salespeople shook their heads, and some attributed her success to luck; others thought she mysteriously brainwashed her customers.

“Hello,” said Sally into the phone, “Marsha, is that you?  Terrific.  And yourself.  I appreciate that, but this is actually a business call.  For sure.  With your help, I’m trying to do one of two things today.  Either we decide to talk about more business or, if that isn’t going to happen, I need to know who you could put me in contact with . . . does this make sense to you?  It does make sense?  Good.  Your turn to talk.”

I don’t understand, thought Sally to herself halfway through that Thursday afternoon, why the other salespeople think I’m just lucky.  So far I’ve made 15 calls, got three appointments and four referrals.

“Sally,” called Greg, walking into the office, “you calling your customers up again and putting the hex on them?”

“What day of the week is this, Greg?”

“Yeah, yeah, I know, Thursday.  And what does Sally do on Thursday?  She sits down and dials for dollars.  You’re just lucky.”

“It’s not luck.  You’ve all listened to me on the phone.  All I do is ask for business or a referral, and I do it every week.  Luck has got nothing to do with it.”

“Well, you just have a knack that no one seems to be able to copy.”

“What do I do that doesn’t make sense to you?” she asked, becoming annoyed.

“Because you won’t use the words I use, and the reason everyone gives is that they don’t sound right.  They didn’t sound right to me, either, when I first started using them.  But after a month or two, they do sound right . . . and they work.  You all know that.”

Greg sat on the desk next to hers and said, “Appreciate what you are saying Sally, but you’ve got your style, I’ve got mine, and I do all right.  Why change?”

The RESULT:
Sally always does well on follow-up phone calls.  Does her success make sense to you?

DISCUSSION:
Sally has definite goals as a salesperson.  In addition to goals, she has also adopted behavior that helps her reach her goals.

One goal is to do follow-up phone calls to customers every week on the same day and time.  Sally consciously made the decision to always call on Thursday afternoon to ensure that this time would not be used for something else.

How often have you promised yourself that you will do follow-up on a particular date, and by the time that date arrives, you’ve scheduled something else that “was more important.”  So the follow-up isn’t done, but you’ll get around to it as soon as you take care of this other “more important” task that suddenly came up.

In addition to her “religious” follow up goal, she has another goal that is a bit more subtle but equally as important.  What she says to her customers during the follow-up call is almost identical, call after call.  By keeping the wording almost identical, she can determine the effectiveness of her wording.  If she varied the wording from call to call, there would be no way to determine the effectiveness and what to rephrase.

Greg doesn’t want to use her wording because it’s “not his style.”  Does Greg have a goal to increase his sales?  If he does, as most salespeople do, then perhaps his current style does need to be changed to determine if the change would result in more sales.

APPROACH:
Does it make sense to perform in a consistent manner with goals to reach?  If it does, then why not do it?

First, because salespeople will not commit to the behavior to do it.  “I was going to do it on Tuesday, but Twiddle Dee & Dumb called and asked if I could come by for a quick meeting.”  So Tuesday becomes Wednesday and before you know it, it’s a week later.

Second, how it is done is rarely consistent.  Sally has determined the exact wording that generates a level of additional business and referrals that’s consistent with her goal for follow-up.  You can be consistent.

THOUGHT:
To do better, you have to change how you work instead of just doing the same thing you currently do for longer periods of time.