Tactic #3: Can we talk about that? 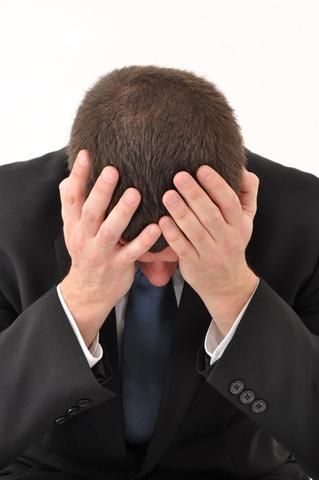 The STORY:
“And further,” said Sharon, “we can have delivery of our unit by the end of the month.”

“That’s great,” replied Bill.  He then stopped talking and stared at the pen and pencil holder on his desk.

Sharon felt that the next words out of his mouth were going to be, “Thanks for coming by.  I’ll get back to you sometime next week.”  In other words, the kiss of death.

For most of her 20-minute presentation, she had the feeling that Bill’s mind was elsewhere.  In fact, the suspicion started to grow that this contract was going to be given to her competition.  There was no other explanation for his seeming indifference to what she had been saying.

What do I do now, she thought?  I’ve gone over every last item, answered every last question.  The price is the best I can do.  God, don’t tell me that I’ve spent the last week preparing for this when it was over before I even stepped through the door.

“If you don’t want to answer, that’s ok.  Something seems to have been bothering you for the past 20 minutes.  Can we talk about that?”

He shook his head “yes.”

“Here’s the problem, Sharon.  You probably know your competition was in here yesterday.  Bottom line is both of your units will do the work.  The price is within a hundred dollars.”

“Which means it’s over for me?” asked Sharon.

“Well, I’d like to give you the contract, but the last service guy that came out really upset the production foreman.  I guess they had words.  I wasn’t going to tell you about this and just get the unit from the other place.”

“So you haven’t decided yet,” responded Sharon.  “What do you think I should do about what’s bothering you?”

And because of this display of knowledge, get the sale.  Well, sometimes this works.

Everyone likes to think the other person cares about his feelings.  Effective salespeople know this, and they do care.

What is important is that she brought out what is most likely the emotional reason for the sale not having been made as yet.  Since Bill did not automatically give it to the competition, she still has a chance.

Is still having a chance better than being told, “I’ll get back to you sometime next week” and never knowing the reason why the phone doesn’t ring?


APPROACH:
When you sense that the prospect or even current customer is troubled by something, ask about it.  You have absolutely nothing to lose.

By asking this type of question, you are sending the message that you care.  If there is a problem with some aspect of your product, you, or your company, chances are that you will hear about it.  What you do with that information is important.  Even more important is the fact that it is now on the table.  You can deal with it.

Never ignore what is said.  If you aren’t sure of what was said or don’t understand it, take the response, repeat it back, and add, “. . . which means . . .”  Then wait for further clarification.  Deal with it.

If you don’t ask, a buying decision may be made that you won’t like.  And you will never really know what the basis was for that decision.

So the choice is simple.  Ask, deal with the response and continue forward.  Or, don’t ask and cross your fingers.


THOUGHT:
When the prospect seems to be upset, annoyed, or bothered, ask him about that.  By ignoring his feelings, you will be shown the door.